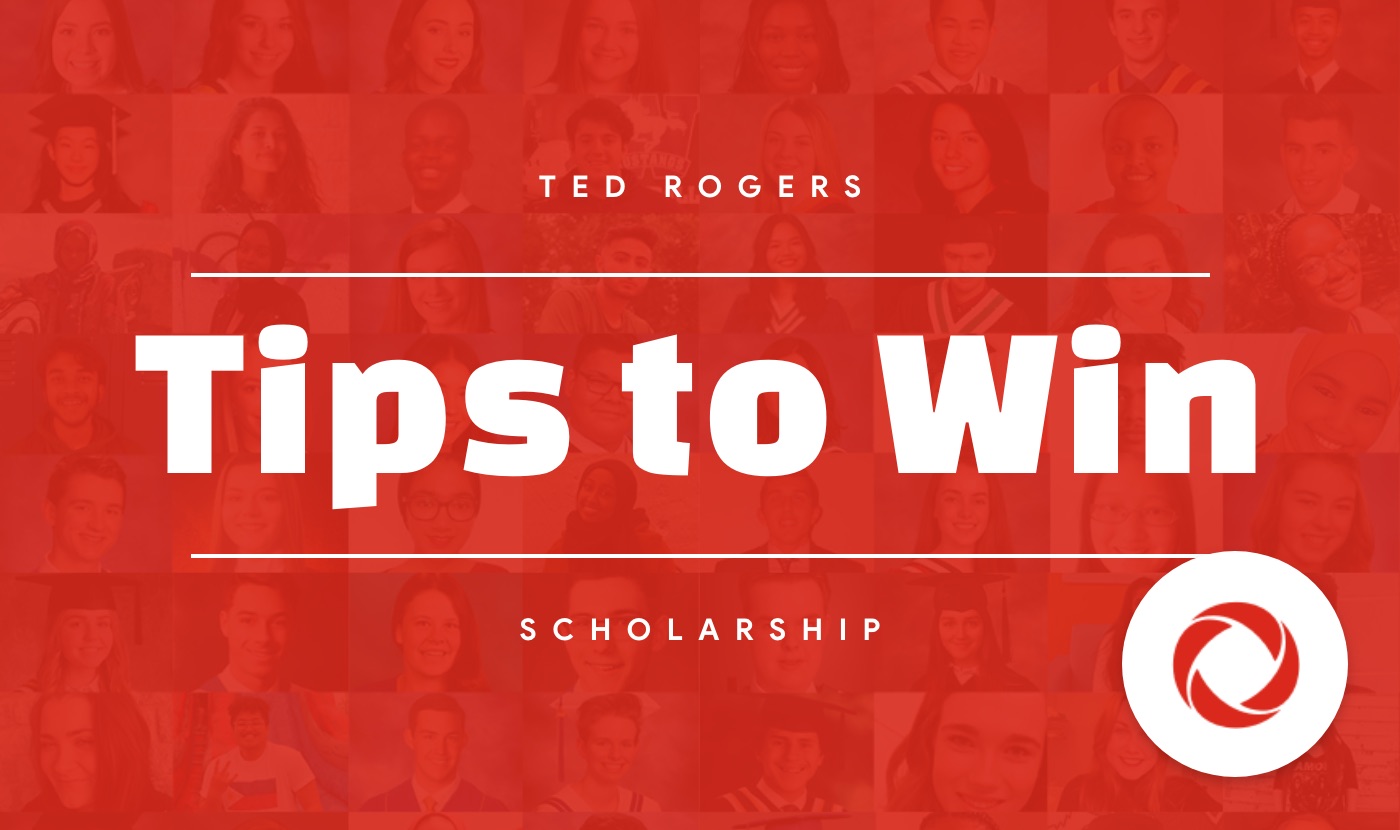 Boost your leadership skills to make an impact, and you might earn a Ted Rogers Scholarship.

Dwight D. Eisenhower once said that to boost your leadership skills is to master “the art of getting someone else to do something you want done, because he wants to do it.” And since the Ted Rogers Scholarship Fund is based on the principles of leadership, community and social progression – we should probably explore that thought a bit further.

Becoming a leader doesn’t happen overnight. In fact, building the skills to inspire, motivate and empower one towards success is an art that people around the world dedicate their lives trying to master. With respect to Eisenhower’s statement, the Ted Rogers Scholarship Fund aims to empower young people through education, while helping them foster the leadership skills to build a better future. Most importantly, it’s about rewarding students for their unwavering commitment to building relationships and strength across various communities, because they want to.

There is no perfect leader, but there are common traits that most leaders, including past recipients, possess. Here are just some of the things you’ll want to consider to boost your leadership skills:

Think about Bill Gates. He’s an American software developer, investor, and philanthropist, not to mention his claim to fame as the co-founder of Microsoft Corporation. But Gates left Microsoft after 2008 to pursue more philanthropic initiatives, such as fostering the Bill & Melinda Gates Foundation, which is now one of the world’s largest private charities. According to Forbes, he’s one of the richest dudes in the world, but he still refuses to overspend on things like clothes and boujee watches. The point is that his wealth and success have not caused him to lose sight of what’s important. His efforts and values are not rooted in materialistic nonsense, they’re rooted in technological advancement and community building.

Same goes for the 2018 recipient of the Ted Rogers Scholarship, Sabrina Dignazio. She was nominated by Indspire for her unwavering passion to fight climate change, promote sustainability and encourage eco-friendly technology. She believes that climate change is of “utmost importance to [her] as an Indigenous woman due to the fact that the northern Indigenous communities will be the first to experience the consequences. [She believes that] vital change must occur within industries as factories are a significant source of pollution. Since [she is] going into engineering, [she] will have the ability to play a role in the necessary changes.”

Many of the recent Ted Rogers Scholarship recipients demonstrate leadership in their own communities, knowing that their local actions are part of a larger conversation. For instance, supporting young people through identity struggles at Pflag may benefit individual lives, while supporting an organization that understands and brings awareness to the institutions that contribute to identity barriers at large. Basically, part of facilitating peer-to-peer support is gaining knowledge about such issues, supporting the immediate needs and then relating it to the bigger picture, or how local issues can shed light on global issues.

Sometimes showing support isn’t about saying the right thing, it’s about trying not saying the wrong thing. In fact, many leaders understand that supporting the community may not drive immediate, measurable results, but it definitely won’t make things any worse. In fact, a lot of the larger change that comes from community support grows and continues to make a positive impact over time.

Sacrifices mean different things to different people. To some, a sacrifice might be time spent away from friends and family. Maybe it’s giving up a vacation to take care of an ill family member. Or maybe, it’s an investment of money such as in a university degree, which might pose a financial setback at the beginning, but usually comes with a higher reward down the road. One thing that all sacrifices have in common is that they’re all acts of selflessness. They are all rooted in doing the right thing, even when they don’t directly benefit you.

Bailey Parnell is a TEDx Speaker, CEO of Skills Camp, and named one of Canada’s top 100 powerful women. In her article, “A Perfectionist Explains Why You Should Embrace Failure” she explains that expecting to boost your leadership skills is unrealistic and won’t happen overnight, and it usually requires getting knocked down a couple of times before you get things right. So, if you’re thinking about getting involved in one of Ted Rogers Community Partners, just remember that part of the process is about learning, because true leaders don’t have it figured out right off the bat. It takes time.