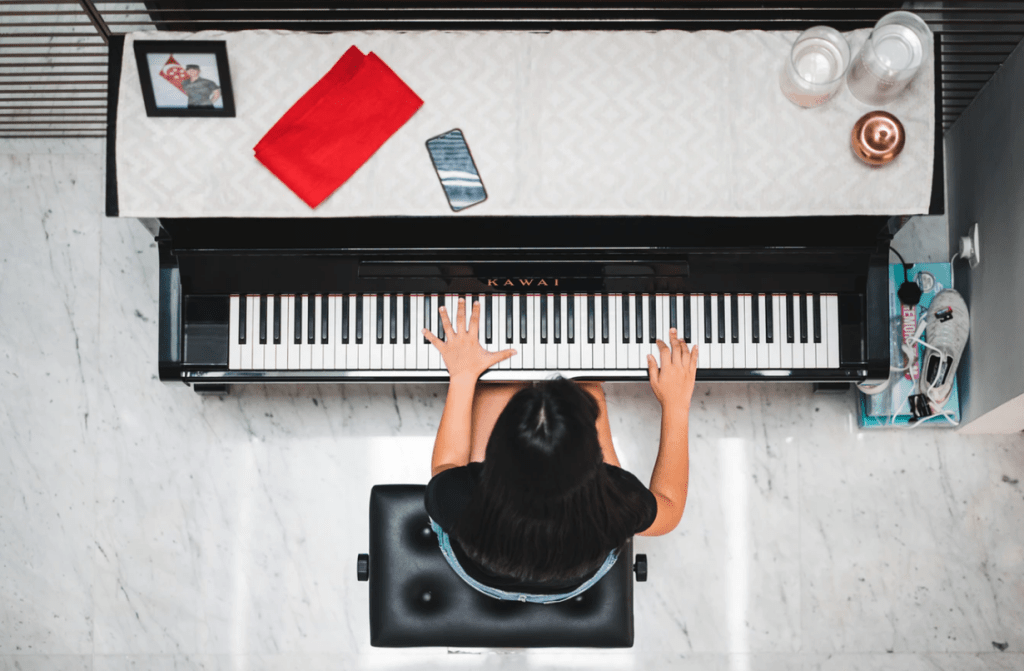 This fall, 1,000 first-year students registered in the Bachelor of Music program, majoring in strings.  Every one of them can play “Twinkle Twinkle Little Star” on the violin and each claim to have practiced at least 30 minutes a week for the last three years.

Another 1,500 first-years are majoring in Kinesiology and, they say, playing first-string on our CIS championship football team.  Every one of them claims to have played flag football in the park on weekends for two successive summers.

Clearly, this story is fiction, or these youngsters are deluded.  According to a middle-aged professional violinist, “When I was 18 years old, I practiced 6-8 hours a day.  Nowadays it’s more like 4 hours because I know what’s going wrong and how to fix it” (http://www.violinist.com/blog/weekendvote/20094/9974/).  No one who plays any musical instrument will be shocked by this statement. Great basketball players shoot free-throws for hours.  Football players train relentlessly. A couple of games of touch won’t get you to the Vanier Cup.

The following story is not fiction. Some years ago, Miranda baby-sat for us.  She studied ballet. We have a photograph of exquisitely beautiful Miranda poised on her right toe, with her left leg pointing extended at a 90-degree angle from her body.  Her right hand holds the practice rail, and her left arm extends over her head, perfectly straight to her fingertips.

I showed the photograph to a poetry class a few years ago.  We had been talking about Poetic Technique – rhyme, stanza structure, meter, and so on.  Several students did not like the conversation, saying it was “all so artificial” and destroyed for them the spontaneity and feeling of the poem.  So I showed them Miranda’s photo and asked each student to tell us what thoughts or feelings the picture inspired. “Beauty, Grace, Poise, Ease, Arrogance” were common words in their answers.  One girl, Erin, saw the photo differently. “I have studied ballet for only four years. Do you have ANY idea how hard it is to do what she’s doing?” With a ruler, Erin demonstrated what none of us had seen in all that beauty and grace.   The ruler showed how you can trace a perfectly straight vertical line from Miranda’s right toe, through her knee, her hip, her left elbow and wrist, to her fingertip. “That,” murmured Erin, “is sheer, bloody, uncompromising, damnable hard work.  And technique. She makes it look easy. I hate her!” Erin laughed and hissed, “Practice!”

This story is not fiction either.

Hundreds of first-year, would-be English majors have expressed a desire to write books or movie scripts, teach high school, or get doctorates and become professors.  Statistically, however, in their last three years of school, on average, they have written three 1-page book reports and three 2-page essays. For writing practice, they now tweet and text.  They believe “just write the way you speak” is sensible and valid advice. They read about 150 words per minute, a debilitating slowness for a post-secondary student. They have read no book longer than 100 pages.  Many of them write poetry, but they do not read the stuff. 86% of their reading takes place online.

What’s the difference between these students and accomplished violinists, dancers, or athletes?  Two things. First, they have not developed any habits of practicing their craft. An English major reads and writes.  Period. He or she is judged by reading and writing. Secondly, many display very low esteem for the (extremely difficult) skills of reading and writing competently.  Writing well, truly well, is a lifelong challenge.

I’m reminded of Erin’s frustration, “She makes it look easy.”  The Irish poet Yeats, speaking of writing, said it this way: “A line will take us hours maybe; Yet if it does not seem a moment’s thought, our stitching and unstitching has been naught.”  Practice. Dylan Thomas’s apparently spontaneous outbursts of roaring poetry were given to his publishers only after, at least, 100 rewritings. Practice. Ernest Hemingway said, “The first draft is always shit.”  Practice. I once co-authored a novel. The first draft was 275 pages long. Our publisher’s editor stopped calling the thing an “idea” or a “project” after we had re-written it six times. By then it was 175 pages shorter, and he called our project a “novella.”  That was twenty years ago. Re-reading it, I still find glaring flaws.

To play basketball well, you have to care for and love basketball.  And you know where I’m going with this analogy! You want to write well?  Care about writing. The poet W. H. Auden summarized perfectly. Speaking to undergraduates in an all-women’s college, he said, “Never fall in love with a poet.  If he writes a poem for you, and if he’s any good as a poet, by the time he gets to the second line he will care more about the poem than he does about you.”

Professors of History, Physics, Law, English, Music, and so on through the list of departments, have one thing in common.  They found their way into their disciplines because they fell in love with something in that discipline. Perhaps it was bats.  Or abstract expressionism, or the Franco-Prussian war, or calculus, or Algernon Swinburne, or prison reform. Every professor has such a specialty.  Often, he or she knows more about that specialty than anyone in the country. Or the world.

By demonstrating indifference and apathy for a professor’s subject, students needlessly imperil their grades and even their futures.  I have a friend who, when he was in Biology 100 discovered a curiosity about snakes. He asked some questions, but his professor was a bat-woman and couldn’t answer them.  She gave him the email address of a friend of hers who was an ophiologist. Frank wrote to Dr. SnakePerson, who answered right away. Now Frank and Dr. SnakePerson share a research lab in the same university.

Effective writing, too, demands practice practice practice.  Your English professor knows this. Demonstrate your willingness to practice, to get it right, to write until – as one poet said – “You know it’s finished when it closes with a click like a finely-made wooden box.”  Your professor will even understand if you find, instead, that Robert Frost is right: “It’s never finished. It’s just abandoned in despair.”

My grandfather, an amateur cabinet-maker, probably said it best: “It will never be perfect.  You can sand forever. Sooner or later, just stop and admire what you’ve done.”

Contests
Finances
MY MONEY MY FUTURE: You Could Win Up to $10,000!
Are you up for the My Money My Future challenge? Create a new resource to...
Student Life
Leaving High School Behind: Tips For Transitioning to Post-Secondary
Written by Jasmeet Bhandal You just graduated from high school. You got all your credits...
Scholarships
A+ Students Aren’t The Only Ones Who Can Win Scholarships
Written by Jasmeet Bhandal Picture this: You’re accepted into your dream school. You’re jumping with...
SPONSORED
Deadline
April 04, 2021
SPONSORED
Deadline
May 30, 2021

FEATURED
Deadline
June 01, 2021
Subscribe for scholarships right to your inbox